Hi, my name is Sally Thompson and I’d like to share with you both my and my sons experiences with the Blushield Tesla Gold Plugins and portables. 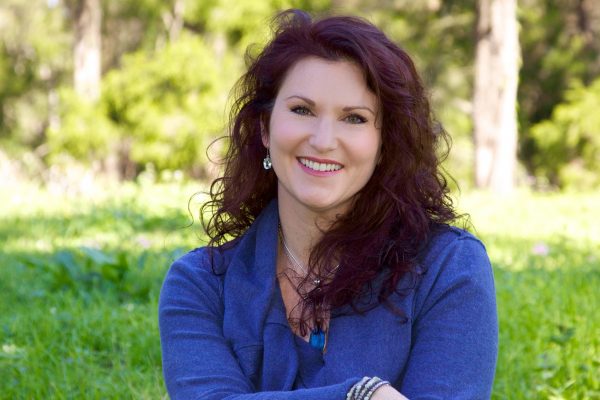 To give you some background, my son who turns 8 next month has had a very tumultuous few years with his health. Ezra began having seizures when he was 3 years old. Some days he had up to 40 per day and 5 different medications failed to stop them. This went on for over 3.5 years.The combination of the seizures and medications all but wiped his short term memory and he was diagnosed with global developmental delays. (Its very hard to learn with no short term memory!) Prior to the seizures and side effects from the medications, Ezra was able to count up to 20 and back, and form letters and numbers like an average child of his age. All of that was lost and he became extremely reluctant to even pick up a pencil, knowing that he couldn’t do what he was being asked to do. He would also regularly have tantrums and sometimes be aggressive to his school friends. I found this part of his behaviour heartbreaking, because at other times he could be such a sweet child. His concentration span was also very short.

With the help of an exceptional and cutting edge medical support team, (Bio-Balance) we pursued a more natural approach to controlling his seizures. By balancing his bio-chemistry and commencing the ketogenic diet, we were finally able to stop the seizures. Thankfully Ezra has been seizure free now for 20 months, is off all of his medications and his successful case is being written up in the US Medical Journals.

As a single mum, it was an incredibly stressful time and as I was his full time carer, was virtually unable to earn a living during those years. I have always been ultra sensitive to different energies and over the last 10 years had searched for ways to combat the effects I was feeling from mobile phone radiation, too much time spent on my computer editing photographs, and the effects of the fluorescent lights etc. None of the things I tried bought me effective relief. I am so sensitive that there are even some cars that I can not ride in because the energy coming from the engine makes me feel sick. I was also devastated to learn that the estate we were living in, was the pilot estate for smart meters in Queensland.

Even after Ezra was no longer having seizures, the constant feeling of anxiety in the pit of my stomach, never left. My fuze had become so short, that I really did not like the person I was becoming. I would often wonder what had happened to my old sweet natured self, and who was this constantly agitated person?

It wasn’t until I attempted to return to work that I finally realized the full implications of being EHS. (Electrohyper sensitive)
Just one mobile phone call or session in front of my computer would completely wipe me out and I would have to sleep for hours to semi-recover. Frequently I would wake up so exhausted in the morning, that I would struggle to get out of bed and we would often be late for school. Ezra was recovering, but my health was deteriorating big time.

I’ll always be eternally grateful that my research led me to these incredible Blushield Tesla Gold EMF protection devices. They have been absolutely life changing for both Ezra and I.

I no longer feel constantly anxious and agitated, and my neck and shoulder pain has all but disappeared. I also haven’t had any jaw pain from clenching my teeth in my sleep. If I choose, I can work long hours and I am sleeping so deeply that I’m dreaming for the first time in years. I actually wake up refreshed!

Ezra’s transformation is equally as amazing.

He is noticeably happier within himself and no longer wakes up cranky and crying. The tantrums have stopped. He’s started speaking in sentences and paragraphs instead of struggling to find words and repeating the same word over and over whilst trying to finish the sentence.

The sound of him singing and remembering lyrics makes my heart smile and he is starting to be able to hold a beat to the music.

His short term memory is improving and a couple of weeks ago he woke up and repeated 5 lines of the banter between 2 movie characters, without skipping a beat.

His teachers and learning support team are blown away by his overall improvement and increasing ability to stay on task. Ezra is so proud of himself now that he’s bringing home stickers for good behavior.

Ezra’s motor skills are improving as well. He actually wants to write and draw and has started using cutlery of his own accord instead of eating with his fingers.

Last week he played his first ever game of handball during his lunch hour.

And guess what…? We actually arrive to school on time. 🙂

Please call or email me if I can help in any way.

Headaches and Ear Aches Cease Words cannot describe what Blushield has done for me. I am the head of security in a major Sydney shopping centre…

Helen’s Story – Excessive levels of EMF Cause EHS Newly married in 2002, my husband and I moved into an old Victorian home in Flemington….

Autism – my son’s Dramatically improved Sleep, Concentration and Behaviour. I bought a Tesla Gold plug in at the Bio Balance conference in March 2015…

From Chronic Fatigue to feeling energised and enjoying life again. As a busy mum of three and small business owner, I was struggling with…

Extreme Life Threatening EHS Symptoms Disappear Immediately Since 1973 I have been very electro-sensitive following daily radiation treatment for three months. Until recently I could control…

All prices are in Australian Dollars! Dismiss